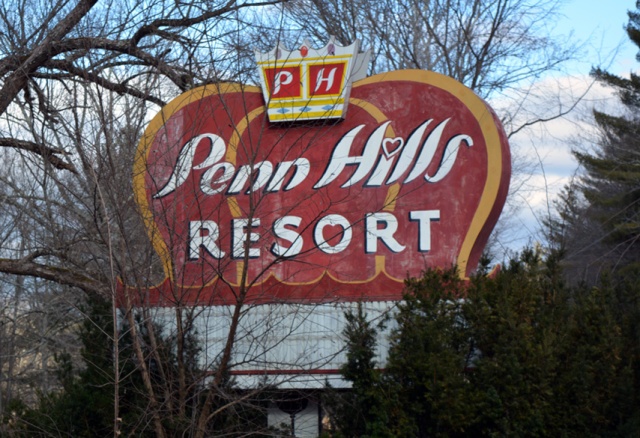 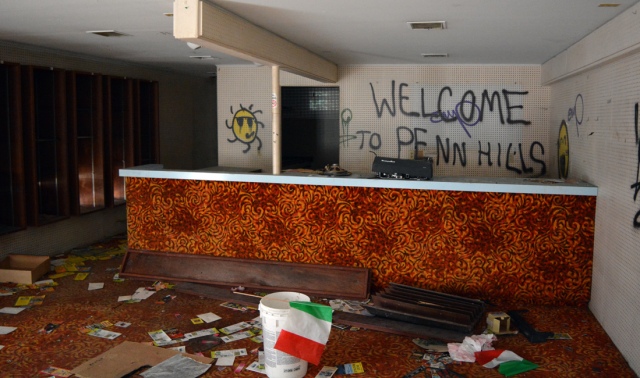 Initially the property contained a modest tavern built in 1944, however after extensive flood damage in 1955; it was rebuilt as a comprehensive resort with 100 rooms on 500 acres of land. The resort included a golf course, ski slopes, an ice rink, archery, a swimming pool and tennis among other outdoor amenities. In the evening, guests could enjoy the Tiki Lounge or go dancing. 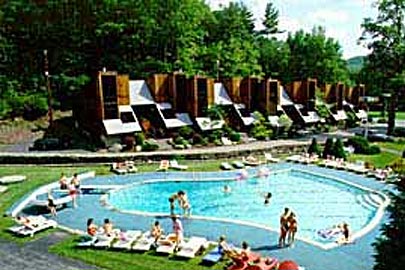 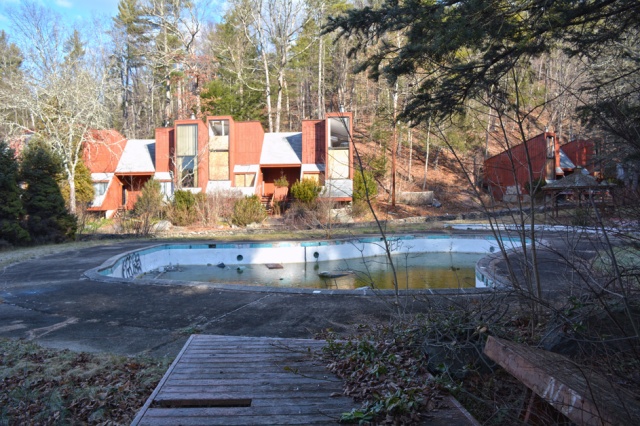 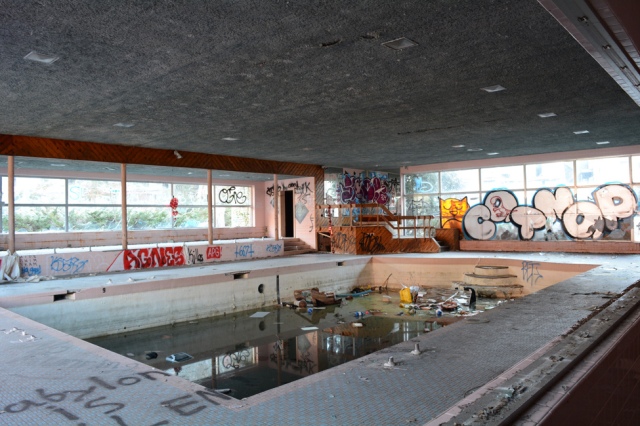 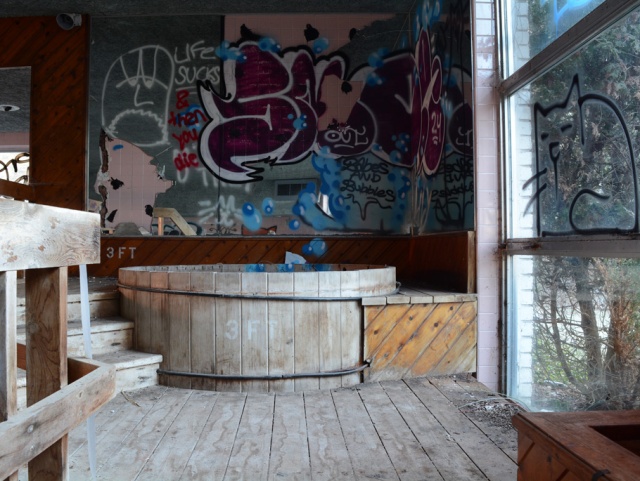 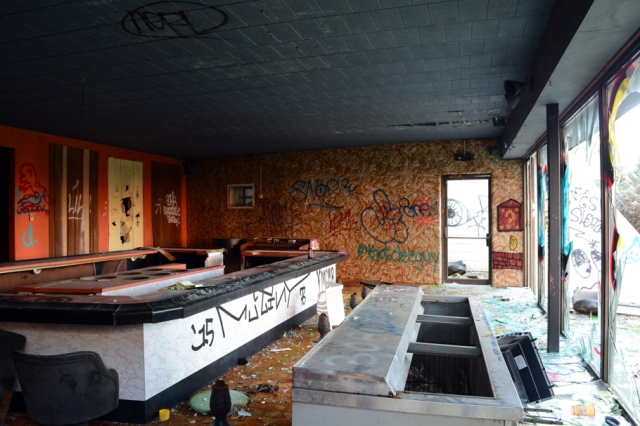 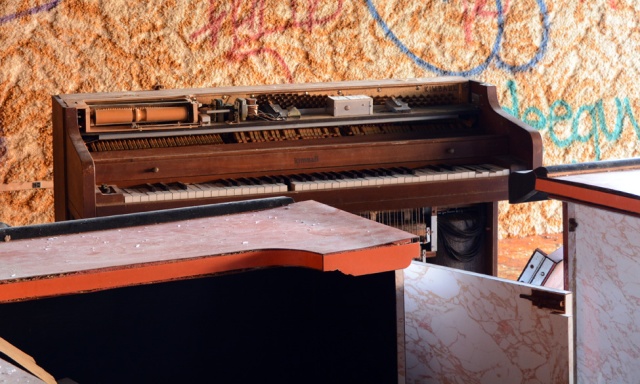 In a region packed full of small resorts, every area carved out a niche community it catered specifically to. While the nearby Catskill catered to New York City’s Jewish community, the Pocono’s became known for honeymoon resorts. The inception of the honeymoon resort can be traced back to the beginning of the post war era. As the Great Depression wound down and WWII came to an end, the struggling Pocono hotel industry was looking for a way to reinvent itself and cash in on an expanding middle class. With the marriage boom that happened shortly after the war, the Pocono resorts found their market by catering to honeymooners. According to Newsweek, the Poconos once had 25 “love nests” hosting an average of 2,000 guests per week. 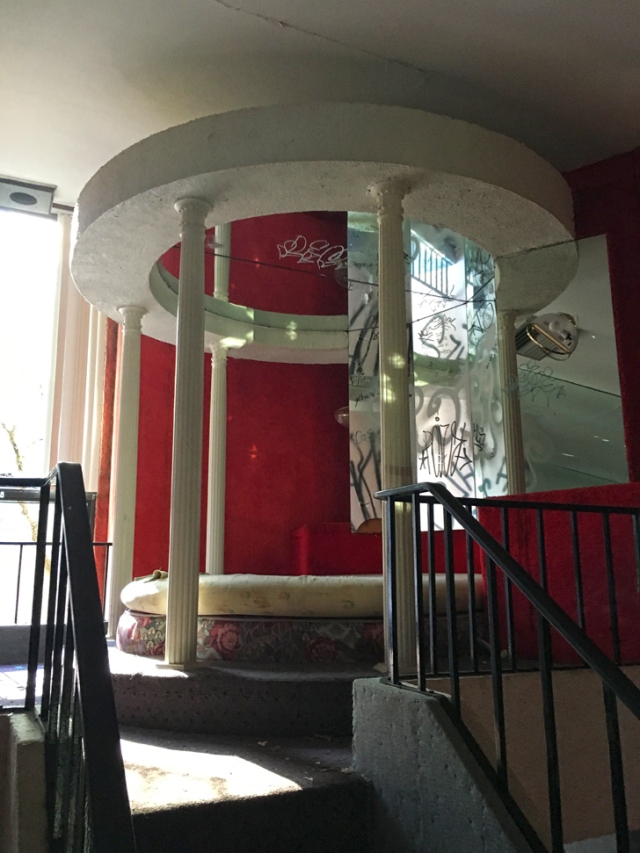 The honeymoon resorts aimed to create a special atmosphere for the newly married. So, at one time, non-newlyweds were not even permitted to stay at many of the resorts. The couples were typically young and many of them were overwhelmed by the new life they were embarking on. The average age of guests at Penn Hills in 1969 was just 19. Meals were served family style and group activities were organized to encourage socializing among the couples. That way, if a new bride or groom were feeling anxious, they could confide in their fellow guests. 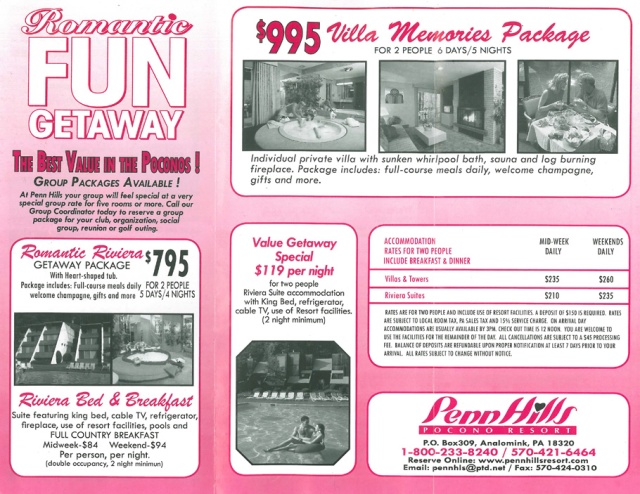 While Penn Hills’ original focus was on newlyweds, it later became known as a destination for unmarried couples and swingers. By the 1970s new social norms necessitated that honeymoon resorts allow unmarried guests. This is reflected in the interior design of the buildings, as well as the resort’s marketing materials. 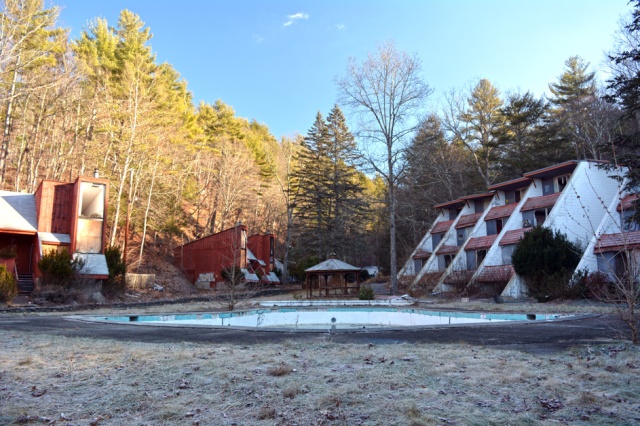 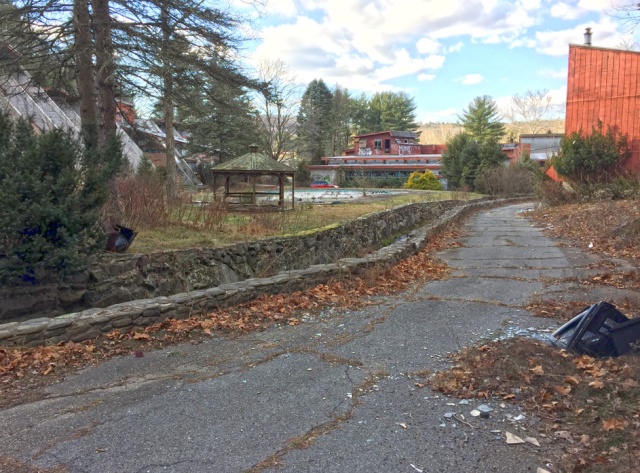 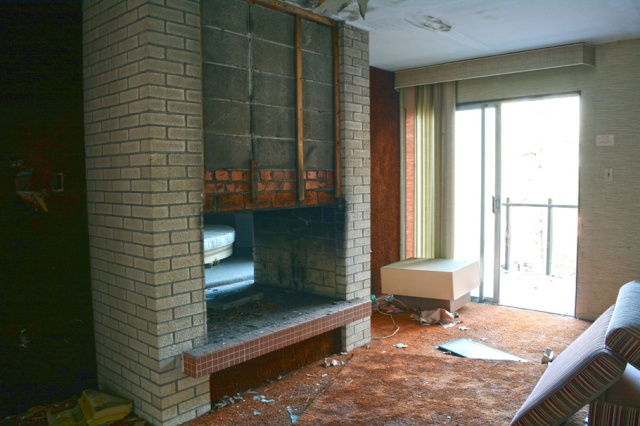 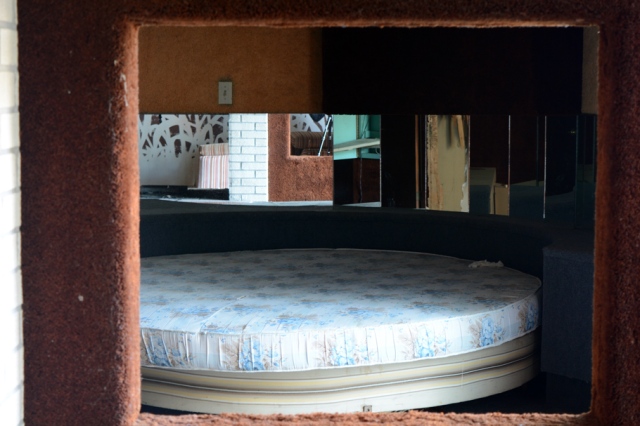 By the end of its life, the resort had embraced a design aesthetic that is to architecture what Dog’s Playing Poker is to fine art – supremely kitsch. Many of the buildings look like 60s and 70s modernism on the outside. However, the interiors boast a style that transcends the -isms. Most of the walls are carpeted, bathtubs are heart shaped and predictably mirrors are mounted above the round beds. Why round beds? I’ll let you come to your own conclusions. In the condos fireplaces open to the living room as well as the bedroom. Perhaps most beguiling, there is a square hole cut in the carpeted living room wall with a view of the bed. One could speculate that perhaps this design innovation was to allow for the proper focal length for your Sony Betamax? Post your camcorder on the tripod in the living room and you’re set. Of course, the hole also makes a prime vantage point for your new friends from the tiki bar to watch all of your round bed escapades. Who knows what the actual intent, was but the possibilities seem endless!

One last design feature that legitimately merits inclusion in this post is the 1964 World’s Fair pedestrian light fixtures. They are no longer on site since the local community had the good sense to remove the fixtures for preservation, so I don’t have any photos of them.

Like many local resorts, honeymoon or otherwise, affordable travel to more exotic locals for a comparable price took its toll and by the 1980s the number of guests was on the decline. Before its closure, the resort had fallen into a state of noticeable disrepair. There are accounts from hotel staff of guests checking out fifteen minutes after checking in due to the rundown condition of the place. Then, in 2009 Penn Hills co-founder Frances Poalillo died at the age of 102. The resort closed two months after his passing with an outstanding debt of around $1.25 million in back taxes. The place closed so quickly that the resort staff never received their last paycheck. 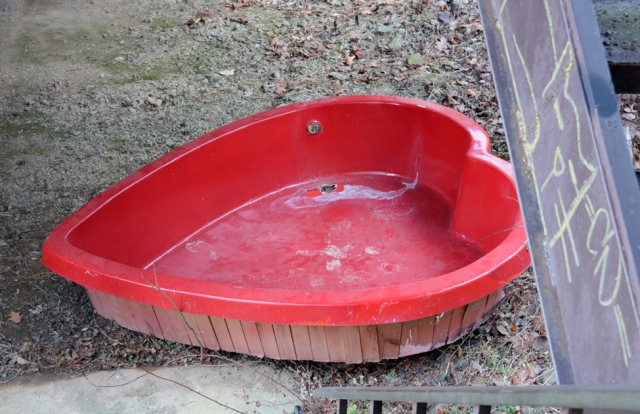 Today, Penn Hills is a dump ravaged by vandals and scrappers. They ruin everything. The heart shaped tubs have been ripped out of their framing, there is the typical ill-conceived “art” sprayed all over the walls, and any spot that might have hidden copper has been torn apart. It’s a sad fate for a place designed to help create happy memories.

For the end of this post, I’ll leave you with the video above, which was my cultural introduction to the honeymoon (now swingers) resorts. For more Penn Hills photos you can check out my Penn Hills Flickr album.