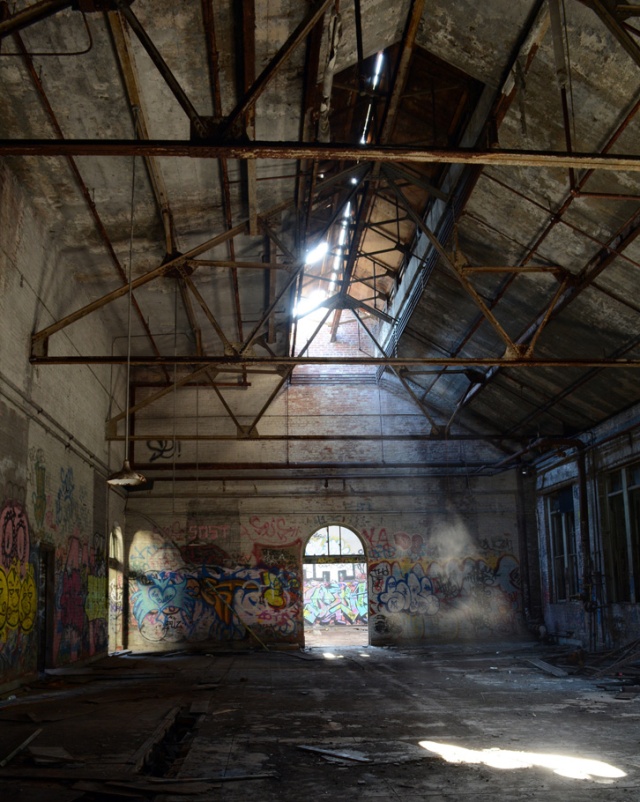 The New York City Farm Colony was founded as the Richmond County Poor Farm in 1829. The concept of the poor farm was that able bodied indigents should work. In 1895, the Department of Public Charities was established and inherited the Poor Farm. One of the focuses of the new department was to better serve the people they were charged with caring for. For the Department of Public Charities, the original buildings of the poor farm were not adequate to serve New York’s indigent community. So, they rebuilt the Richmond County Poor Farm into what we now know as the New York City Farm Colony. In addition, the types work on the farm were expanded to include, mat & rug making, painting, shoe making, tailoring, black smithing, carpentry, printmaking and grounds keeping. The first two buildings (Dormitory 1 & 2) of the Farm were built 1902-1904 and opened on Thanksgiving Day in 1904. 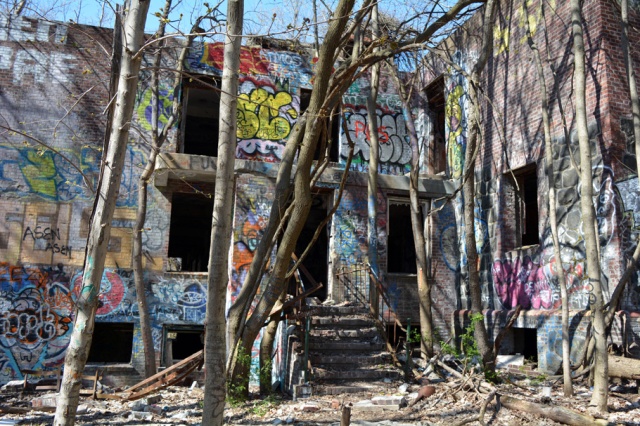 Numbered Dormitories
Similar to the main buildings of the Richmond County Poor Farm, Dormitory 1 & 2 were designed in Dutch Colonial Revival style by architecture firm Renwick, Aspinwall & Owen. The buildings were long rectangular one-story structures constructed of fieldstone from the Farm Colony site along with red brick trim around the fenestration. They had tall basements and attacks that afforded additional living space. The style of the buildings, as well as the choice of materials connected the architecture with the site and its purpose , as well as the architectural history of the original poor farm. In addition, the new buildings set the precedent for the buildings yet to come. East of Dormitory 1 & 2 is Dormitory 3 & 4, built in 1909. Although the newer buildings were larger, they matched the design style of the first two. Architect William Flanagan designed the buildings during his tenure as the Department of Public Charities’ architect. Dormitory 5 & 6, designed by architect Raymond F. Almirall, are replicas of Dormitory 3 and 4. The Dormitory for Male Help was the smallest of the dorms. Likely designed by Architect Raymond F. Almirall and revised by William Flanagan, it is distinguished from other building designs on the site by its Palladian windows. Near Dormitory 3 & 4 is the Insane Pavilion, designed by Almirall. Later, after its  its construction it was encapsulated within the newer Nurses Quarters.

Lettered Dormitories
Built in 1934, dormitories A-D were the last residential buildings to be constructed at Farm Colony. Designed by architect Charles B. Meyers, the buildings are identical two story red brick Georgian Revival Style structures. More institutional looking than their predecessors, they unify themselves with the earlier buildings by maintaing a horizontal emphasis and north south orientation. The new dormitories doubled the capacity of Farm Colony. 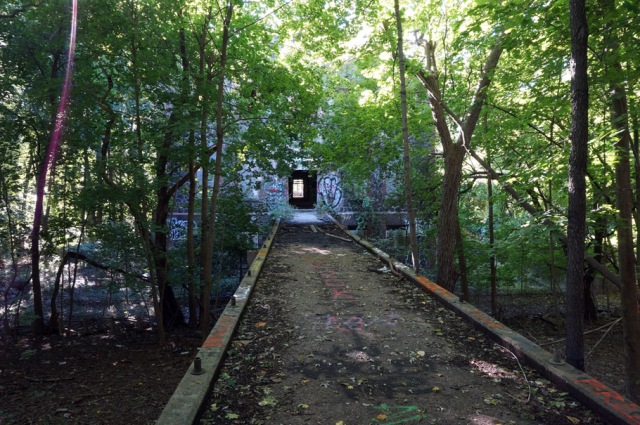 Also, the last time I visited the Kitchen and Dining Hall Building, I stumbled across the scene above. It looked like someone had recently been summoning the spirits. For the event, they created a creepy ring of light via several small candles because that is what the spirits would’ve wanted. However, the spirits must have been angry because it looked like the Ouija operators booked it. Perhaps the spirits were angry because they needed to offer a sacrifice. Or, maybe they accentually contacted Zuul the Gatekeeper of Gozer and had to leave before the key master arrived which would have led to the end of times. We will never know. 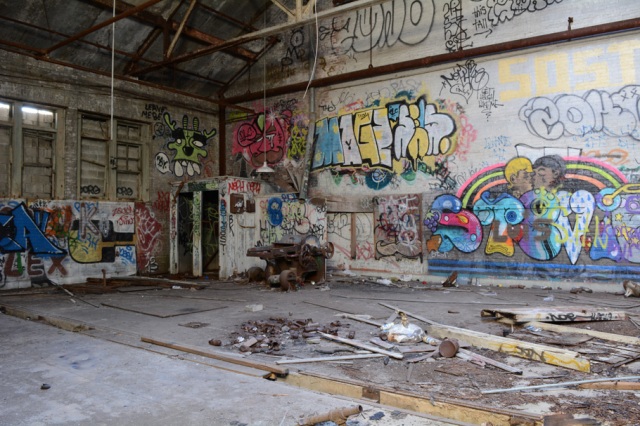 Another rubblestone building designed by Frank H. Quimby is the Laundry and Industrial Building which was later converted into workshops. It is Farm Colony’s western most structure. While its use was kind of boring, it is one of the more photogenic interiors to shoot due to its cavernous spaces and natural light streaming in through the holes in the ceiling.

With the advent of Social Security in 1935, Farm Colony’s able bodied population declined. By the time the facility closed in 1975 its inhabitants were mostly the old and infirm. After Farm Colony was shuttered, its remaining population was moved to the now abandoned Seaview Children’s Hospital. Since then, geriatric care has been consolidated into another Seaview Hospital building.

Since its closing Farm Colony has fallen into ruin, anything of value pillaged long ago. The buildings have survived decay, vandalism, fire and looting. What’s left of it has remained in spite of the decay and politicians efforts to have the buildings razed. The buildings were designated New York City landmarks in 1985, which has afforded them protection from demolition since.

Most places in such an advanced state of decay aren’t as interesting to explore. However, Farm Colony is a large complex of buildings crumbling in the woods like a Mayan ruin. The size of the facility along with it being shrouded in vegetation really enhances the atmosphere of the place and gives it a different kind of urban exploring appeal. You don’t have take my word for it though. It has a 4.6 rating on Google for urban exploration. Julia Rivera wrote “I urbexed so hard here I almost fell over”. And, according to Jesse Kennard “Awesome history ur a duchee bag if u don’t enjoy history illiterate bastards history rocks that’s how we all came to be hate history means u hate yourself”. Jesse may need to work on his grammar and spelling before he refers to others as illiterate bastards but his point is that history is important. Ergo, since Farm Colony has a history, it gets 5 stars from Jesse. If you’re going check it out, I would recommend exploring the place during the summer though. When it’s not covered with vegetation the place mostly looks like a bombed out dump. If you are going to visit Farm Colony, you may want to do it soon though. A local developer purchased the property for $1 back in January and plans on turning the site into a senior housing development.

For more photos of Farm Colony follow this link.