The shiny modernist structure must have been a site when it rose from the ground in the early 1970s. Architecture firm Eberle M. Smith Associates designed the building in 1971 and construction was completed in 1974. The building’s rigid geometric forms and lack of embellishment were typical of modernism in the late 1960s and early 1970s but the shiny metal building façade would have made it stand out. 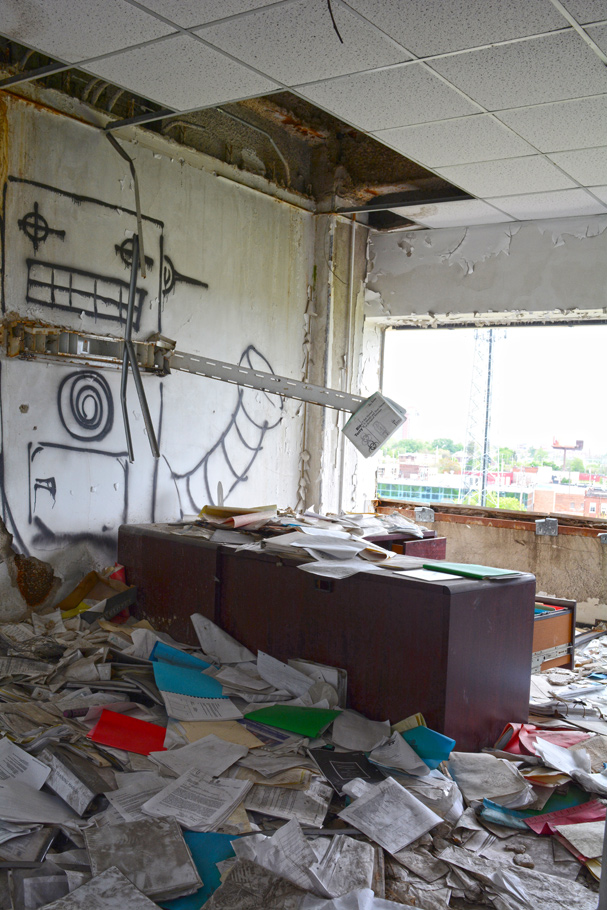 Southwest Detroit hospital was in financial trouble from the start, although, the thin ice didn’t break until three decades later. Southwest filed for bankruptcy in 1993 and the facility was sold to United Community, as a subsidiary of HMO provider Ultimed. After being purchased, the hospital became a shared space for medical services and offices for the HMO separated by floor. However, the new lease on life for the building didn’t last long. The new owner, Harley K. Brown drove the new hospital and his HMO to insolvency. While Brown was busy spending money on lavish meals, fancy trips and trying to expand his boxing promotion career, his business debts mounted. At the same time, conditions in the hospital deteriorated and the facility became nearly unoccupied. In addition, medical service providers that were owed money for treating patients covered by Ultimed went unpaid. In 2006 Brown’s small healthcare empire fell into bankruptcy amid allegations of fraud and misuse of funds. As a result, the hospital closed and it has been abandoned ever since.

The building was purchased in 2010 and various plans for repurposing the structure were considered. Water that had flooded the basement was pumped out, graffiti was removed from the façade and security guards were posted to keep people out. However, none of the plans have come to fruition and when I was there the security guards were no longer there, leaving me to wonder what would come of this place.

View of Train Station from Hospital 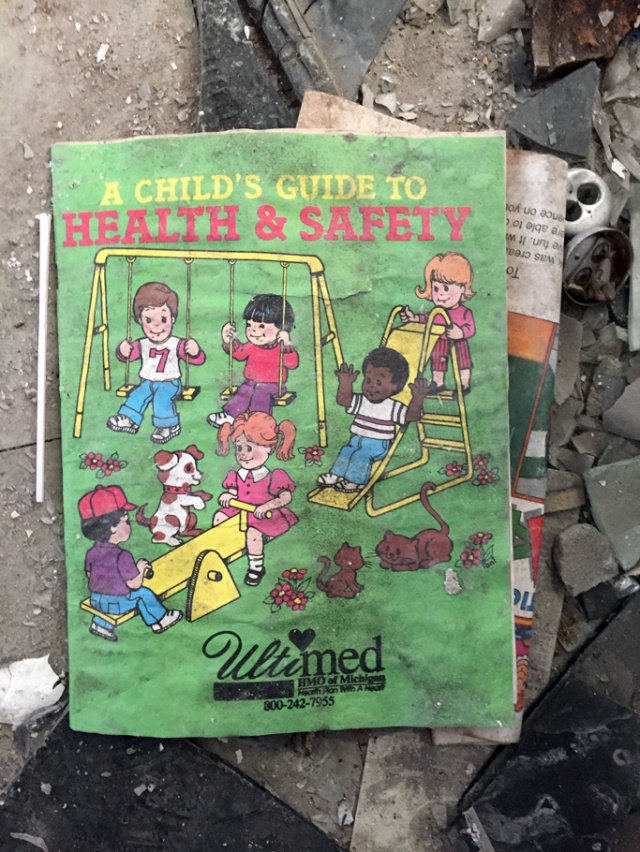 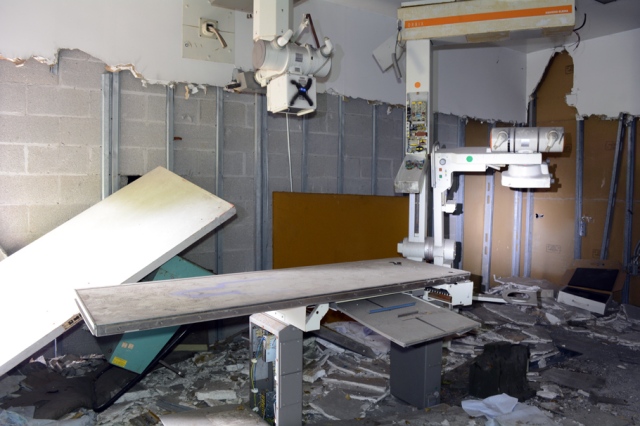 The hospital, as it is today, is a shithole. All of the windows have been smashed out, patient records and administrative files are strewn everywhere on the third floor, there is biomedical waste on the first floor and until recently the basement was flooded. However, this level of decay is typical these days, so I won’t hold any of that against the place. Hospitals are always fun to explore, due to their creepiness. In addition, this hospital has a great view of the city, x-rays and records to look at (if you’re into that) and medical equipment to check out.

Videos are a great way to get a first person perspective on a place. So, I’ll leave you the one above. Unlike most poorly edited videos dubbed over with horrible music, this one is a pretty straightforward exploration of the hospital with a couple of dudes.

For more of my photos of the hospital, visit my my United Community Hospital Flickr Album